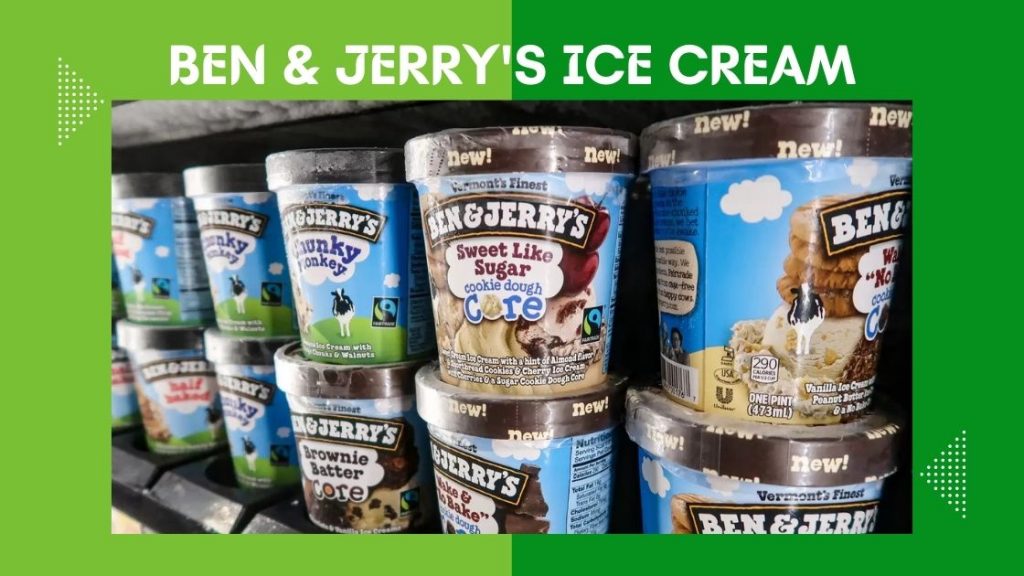 This ice cream is manufactured by Ben & Jerry’s Homemade Holdings, a company known as Ben & Jerry’s, which is an American company that manufactures ice cream, frozen yogurt, and sorbet.  Ben & Jerry’s was Founded in 1978 in Burlington, Vermont. It went from a single ice cream parlour to a multi-national brand over the course of a few decades. It was sold in 2000 to multinational conglomerate Unilever and operates as a fully owned subsidiary. Its present-day headquarters is in South Burlington, Vermont, with its factory in Waterbury, Vermont.

Ben & Jerry’s is well known for their unique, original flavours, many of which incorporate foods and deserts mixed with ice cream. Some of these flavours have been themed after popular musicians, comedians, and public figures, such as Jerry Garcia, Stephen Colbert, Colin Kaepernick, and Phish.

Check out other Ben and Jerry’s ICE CREAM flavours: